MensHair.org®
A club for men who are into other men’s head hair
About Rick 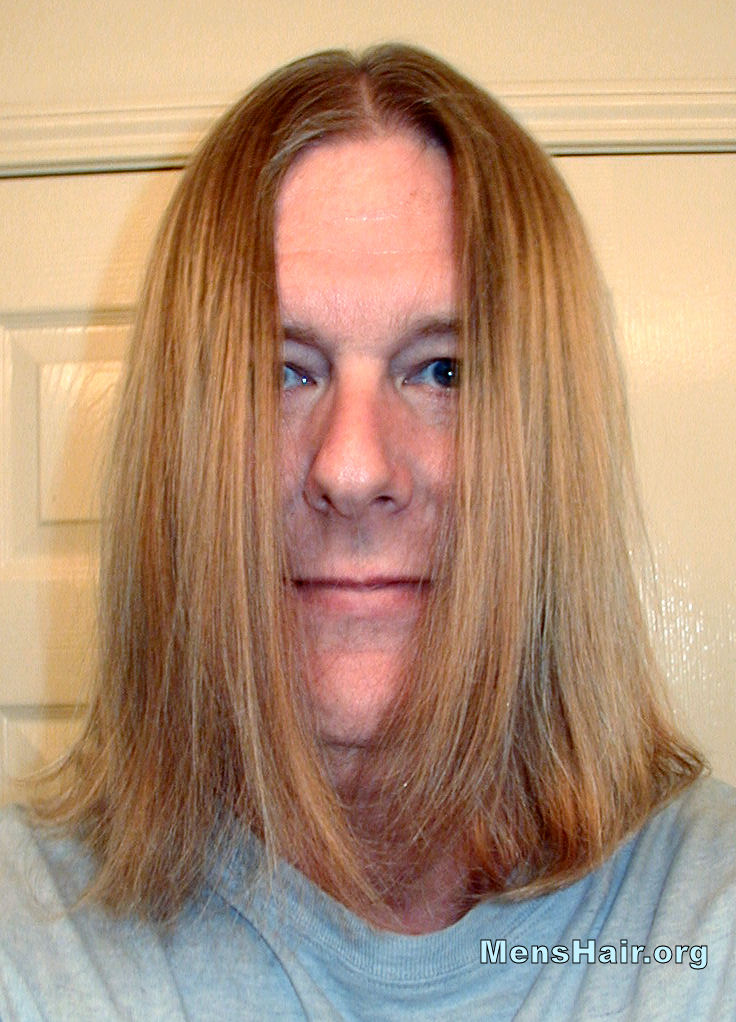 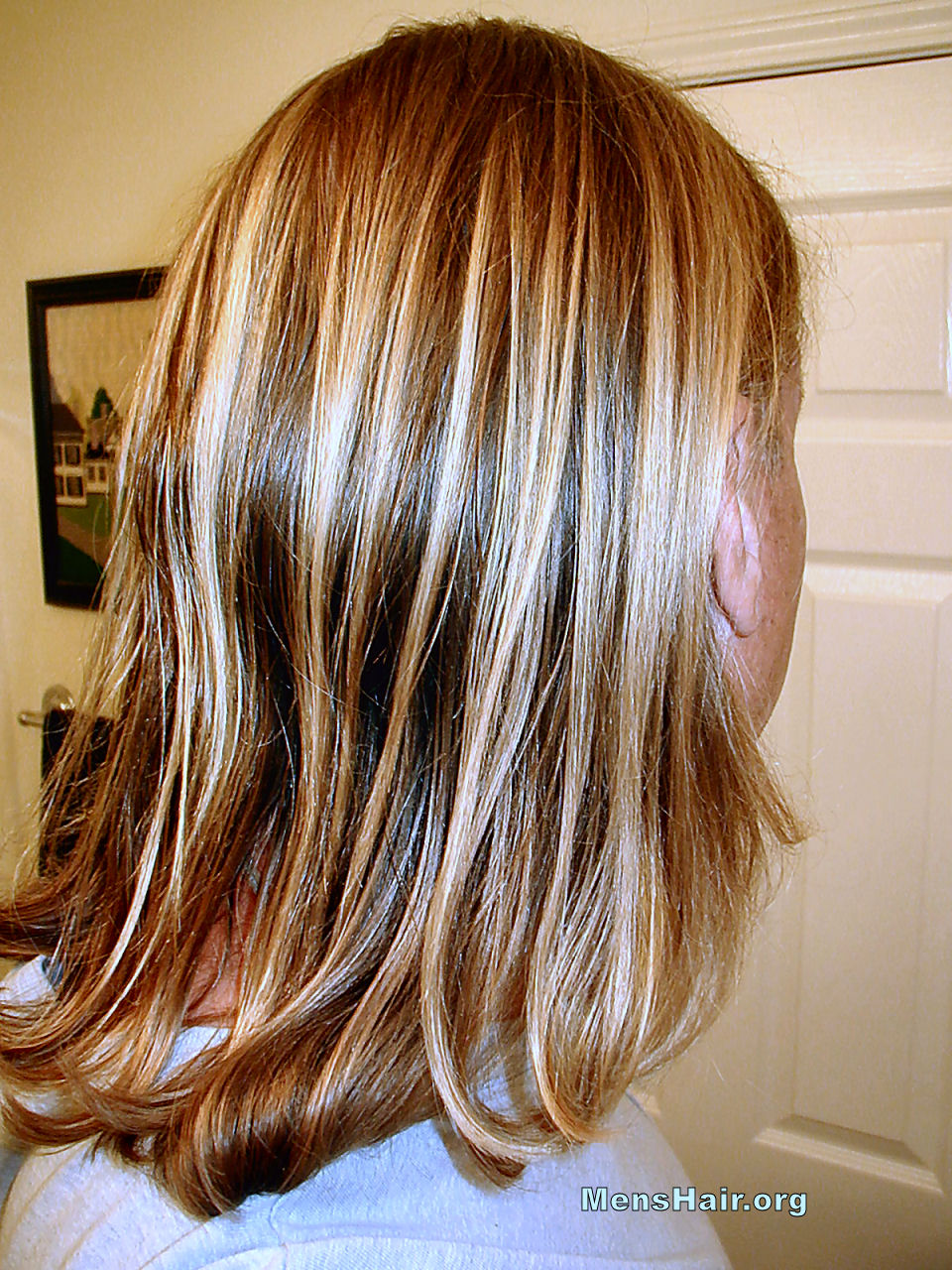 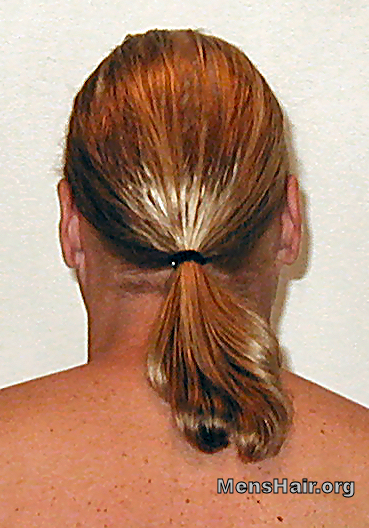 Since I was three, I can remember hair experiences, wrestling with my buddy's this being one way to get close to hair. Another one was to be the top boy when we would play piggyback. I just loved to have another guys head between my thighs and look down unto his straight shinny hair. I used to be on a swim team, in my youth. There too, I would be able to get close to guys hair when we would play a plethora of water games, like water polo, etc..

My dad used to cut my hair when I was a kid. After he cut it and throw it in the trash, I would retrieve the longer locks of hair so I could play with it, smell it, and taste it. Later, I taught myself to cut my own hair, getting off while doing so.

I am sixty-nine, retired, six feet three inches tall, a little overweight, and of German extraction, therefore, having somewhat straight blond graying hair with a slight wave when the humidity gets high. I like to keep my hair more on the natural side then to grease it up with gels or creams. However, on occasion when it is deemed necessary, I will use them.

Until the early twenty-first century, I always had a businessman's cut similar to the last two images above. When I transferred to a new position I was no longer required to maintain a businessman's cut, so I let my hair grow to shoulder length; keeping a ponytail while at work, and free flowing over my shoulders when not (first three images above). However, in 2010 due to the economic conditions and outsourcing my job overseas, I had to cut my shoulder length hair and return to a more conservative businessman's cut in order to increase my chances at finding a well paying job.

Seven years later, I am letting my hair grow longer. The last two images above and the video below were taken in early 2017. My goal is to return to shoulder length hair. Progress will be documented on my YouTube Channel

Straight hair of medium to longer length is a great turn on to me. The color doesn't really matter as long as it is somewhat straight, somewhat thick, and healthy. Vincent Van Patten and Jan Michael-Vincent's hair in the 70's, Keanu Reeves sporting a longer cut, gay porn star Joey Stefano's straight dark brown hair, and John Moulder-Brown are prime examples of 10's in my book. I like watching movies with hair scenes. As I mentioned, my goal is to compile a list of movies, videos, television shows, et cetera so we can broaden our horizons. A media listing is available upon joining the club. Click here to join the club and fill out the membership form.

Earlier, I mentioned John Moulder-Brown who is also the same age as myself, he having straight brown hair, me blond, both of us sporting similar cuts as we grew up. I was ten years old when I first noticed John's hair in 55 Days at Peking (1963). Eight years later, while in high school, I saw him again in The Deep End (1971). This time his straight shiny mop length brown hair was "featured" early in the first ten minutes of this mainstream German/British film. John's hair is grabbed, pulled, and yanked by an older lady who is using his head as a "football" while she reaches climax. Below is the clip of the scene from the movie, which occasionally airs on TCM. 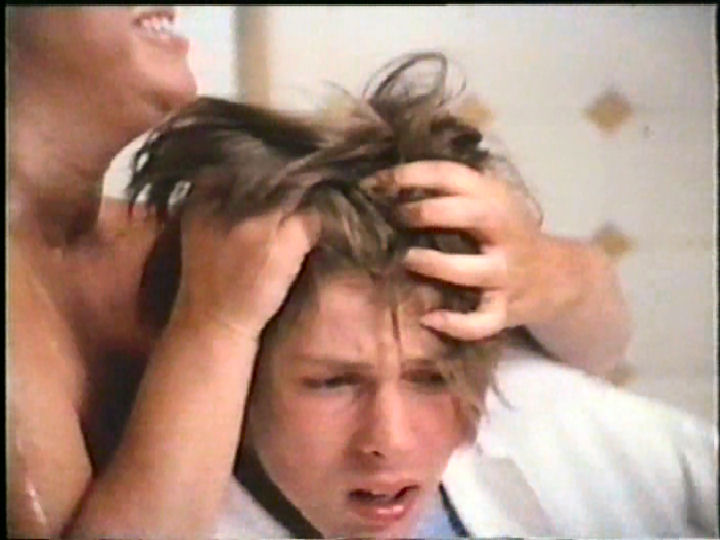 The Deep End (1971)
In December 2010, Dennis Milam Bensie, one of the original members of MensHair.org (also known as a charter member), released his memoirs Shorn: Toys to Men which addresses his cutting of men's hair fetish. The following month, The Cut, a stage play based on his book, saw it's world première at the Circle Theater in Seattle. I flew up for the première and to see Dennis. For a review of Dennis' book and play click here.

Dennis, my husband (not Dennis Milam Bensie), and I have been together for over 42 years. Over the years, I "converted" him to also recognize great hair. He lets me do anything I want with his hair, including cutting it, what a delight. He loves to have me comb his medium length straight brown hair, washing it, smelling, tasting it, and cut it. When we met, he wasn't into hair, now he is. He isn't into it like me, but at least he is in to it. Years ago, I shared him my hair collection. He always knew I had it but I don't think he really knew until that point how much I really like men's hair. It was only after this point he allowed me to cut his hair. What a pleasure! I am so glad I let him in on my fetish.

Now a little about sex. I am a top who loves to play with the head hair of the bottom during sex or they play with mine.  I do not allow any cutting of my hair, except for my stylist.    As for the guy, the longer his hair the better, as we are both able to enjoy what we like each other's hair. Am open to numerous types of sex and at the request of the bottom will do B&D on him. I prefer to leave the hair on the head of the guy, however, will do anything to his hair to please him. On one occasion, the bottom asked if I would shave his six inches of straight long brown hair off and play with his freshly cut hair during cutting and sex. I did! We both enjoyed the experience and he the outcome of his shaved head.

MensHair.org®
eMail: members@menshair.org
(remember to use HAIR in the subject line)